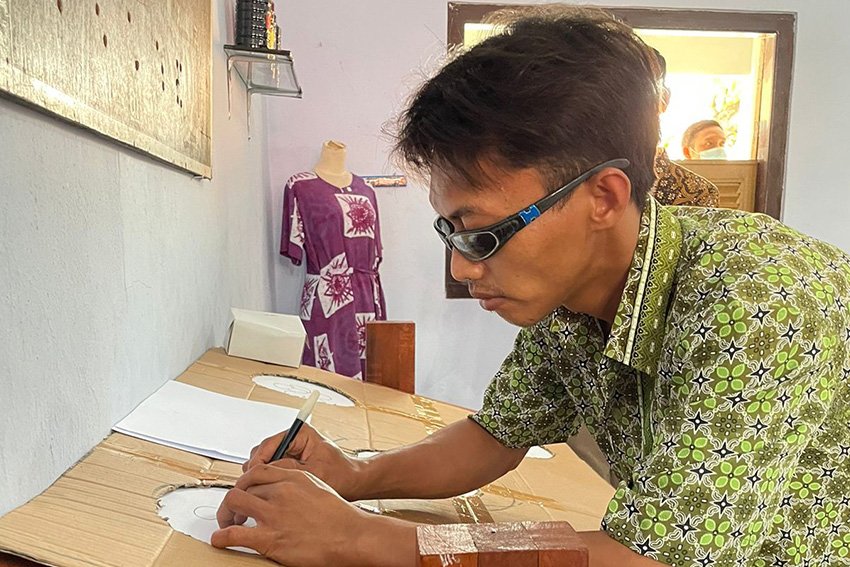 In the spirit of inclusivity, YCAB, with the Bojongbata Pemalang Social Service Center for the Elderly, agrees that every human being has the same right to present themself, both in creativity and work. There is no exception for the dristrarastra (visually impaired) in the social service center.

This event is not solely intended to showcase batik creations but also to get recognition from the batik expert, Drs. Sapuan. The validation process includes three main elements of the batik process: waxing, coloring, and wax removal. This process will provide new enthusiasm for the batik industry and prove that a dristrarastra can produce batik. Hopefully, this initiative will open new opportunities, and bring inclusivity and uniqueness to the batik industry. 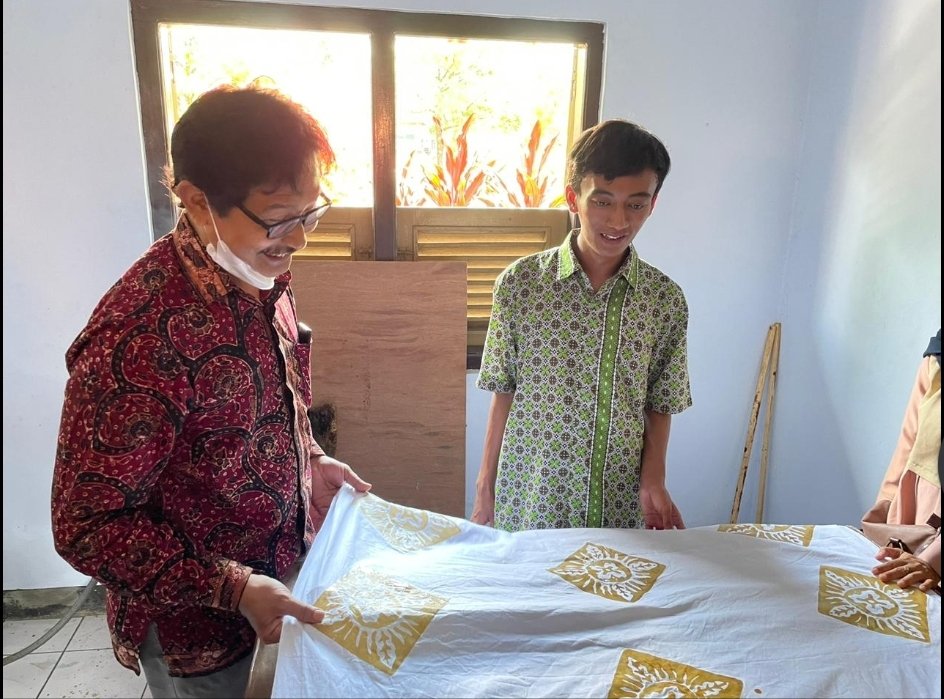 “People with disabilities cannot see how they can create something like that. I have to give great appreciation (to the program). Apart from that, this is enough; there is no need for intricate batik motifs. We have to adjust to the situation and conditions.” said Drs. Sapuan. He also sees batik as a cultural heritage, which can be a medium of expression for people with disabilities, such as the dristrarastra.

“With the spirit of inclusivity, YCAB aims to provide equal opportunities to the wider community regardless of social, educational, or other backgrounds. We also want to provide benefits to people with disabilities. One of which is the visually impaired. It is hoped that this Dristrarastra Batik product will become a pioneer in generating equal opportunities throughout Indonesia,” stated Sobirin Jamil, Project Manager of YCAB.

The most challenging part was the introduction to batik, especially for participants who could not see since birth because they had never known anything about batik. “That was the most challenging part, to give the participants an idea of ​​what batik is, how it is made. Additionally, we have to modify the equipment and work area so that it can be used by those who cannot see,” he added.

Head of the Bojongbata Pemalang Social Service Center for the Elderly, Asep Taufik Hidayat, said that YCAB supported the social service center since the beginning in terms of introducing batik to the dristrarastra. He hopes that after they ‘graduate’  from the social service center, they can support themself, their economy will get better and stronger, and they can be helpful to others.

Meanwhile, the Head of the Central Java Provincial Social Service, Harso Susilo, also supported this activity. “This is only short term and we shall see how this flourishes in the long term. After all, empowerment is what we prioritize. In this case, batik training at the blind center. So they are not just known for massage, music, and sports; in the future, they can generate their income.” he explained. 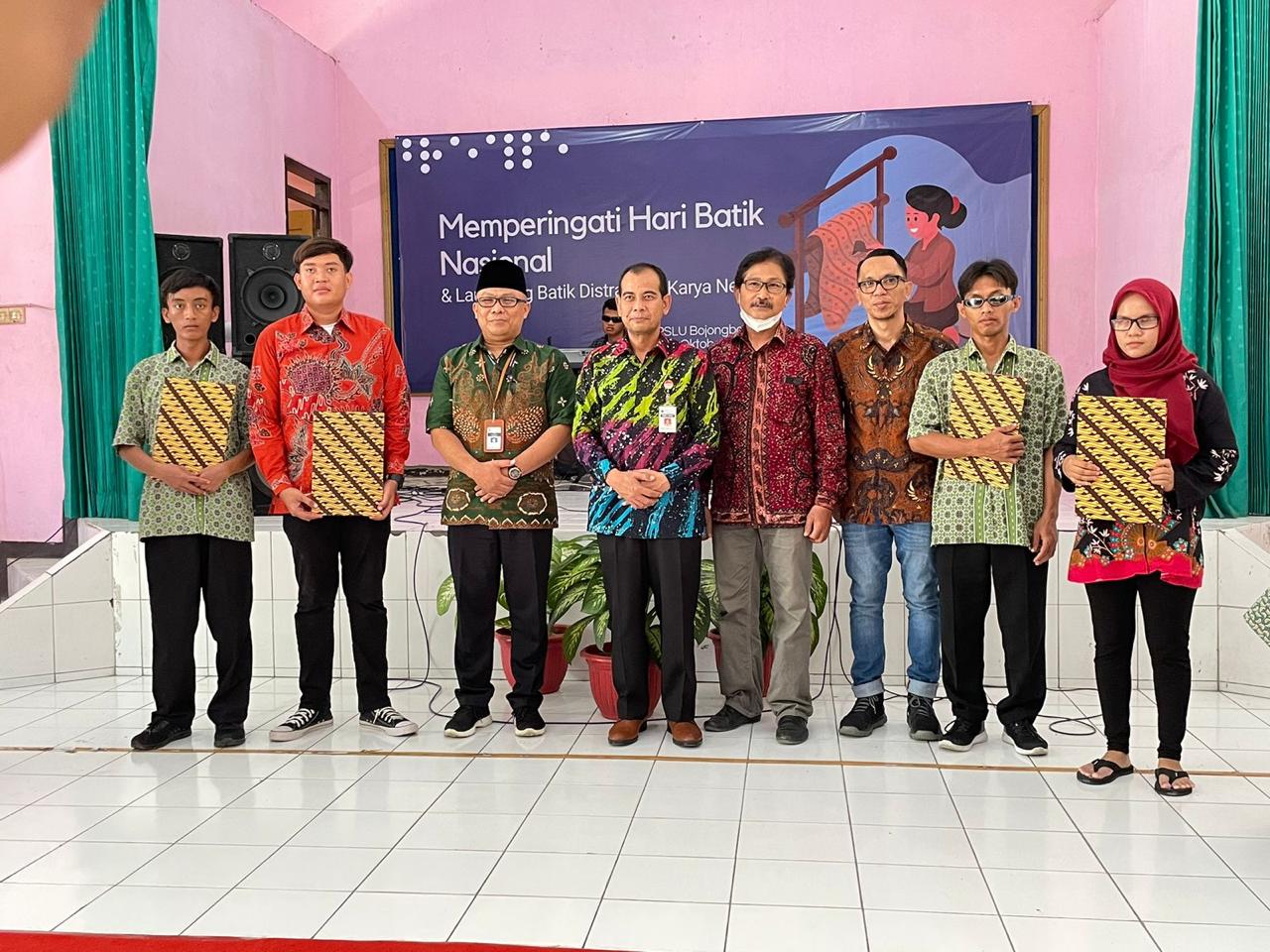