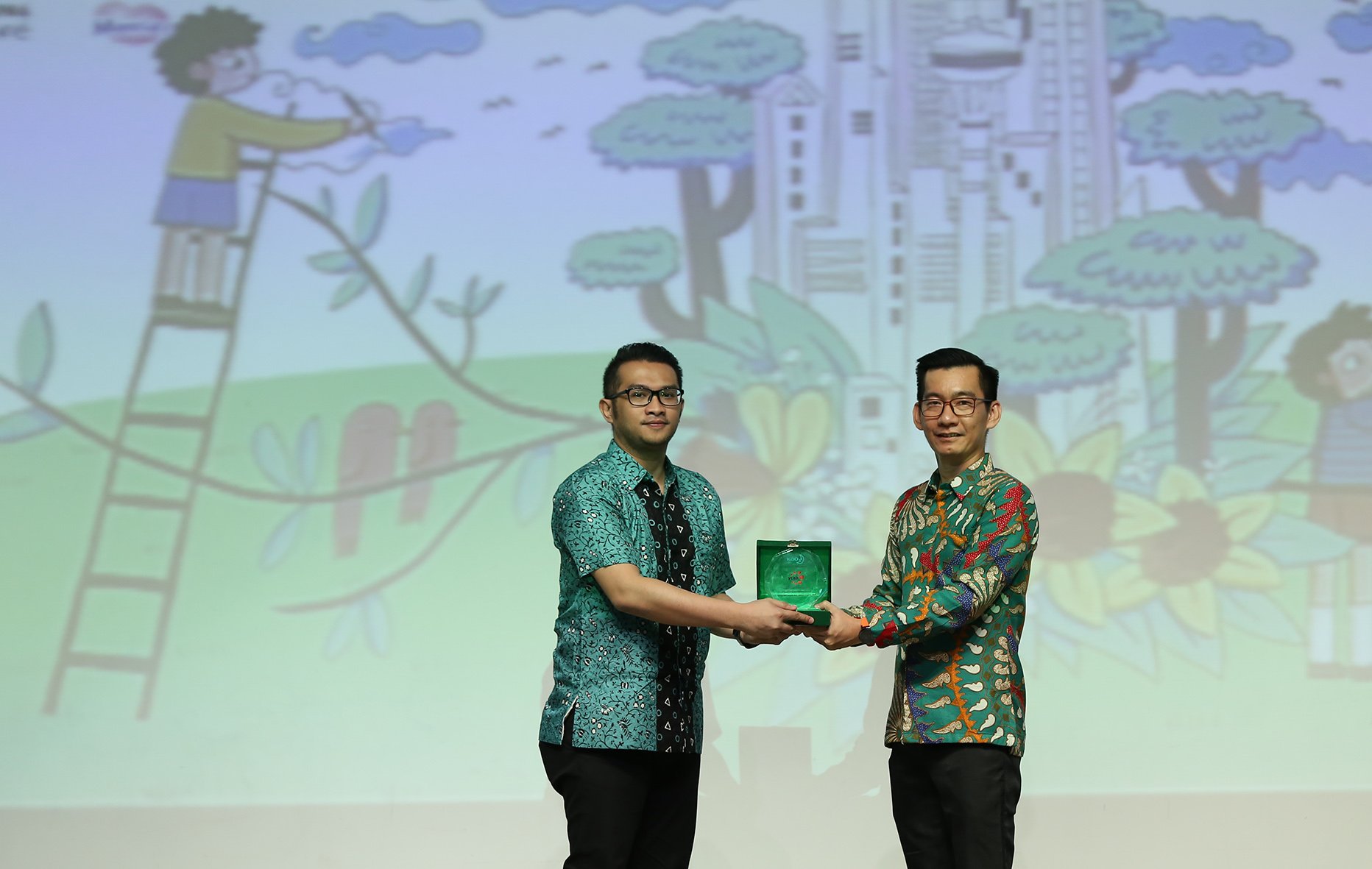 “This year is arguably one of the best years in the Kao Environmental Painting Contest. We received 4,379 paintings from all over Indonesia. This has increased by around 18.2%. In terms of quantity and quality, this activity has developed. Two Indonesian children, Sherly and Farhan, were also chosen to represent Indonesia in Japan. This achievement is certainly very encouraging for Kao Indonesia. They seem to represent the high hopes of the nation’s children for the preservation of the earth which can be realized into simple, everyday actions, “said Johny Lay, Kao Indonesia’s Senior Manager of Corporate Communications and Head Committee Painting Contest.

Through this contest, children are invited to actively become agents of change who are able to encourage friends, family, and the closest people around through ideas in creating a clean, healthy and friendly environment.

14-year-old Farhan from Sidoarjo painted about farming life in his village. He took inspiration from his surroundings and various situations that occurred in Indonesia.

“Indonesia has recently experienced a natural disaster caused by the impact of deforested land. I want green Indonesia to come back and be recognized as an agricultural country. In the painting there are several stages, the first step is to cultivate the soil and plant tree seeds well and in the second stage shows that the community is happy and more diligent in caring for the plants. The third and fourth stage is the last stage where people are happy because the tree has grown well. They then celebrated gratitude with reog to entertain the community, increase enthusiasm, and express their gratitude to God, “said Farhan who attended Al-Islam Krian Middle School, Sidoarjo.

While Sherly described her dream about the future, which is a green environment. According to him, everyone must start participating in overcoming global warming. One method is to plant trees, dispose of garbage in the right place, and change waste that cannot be broken down into something useful.

“We can start campaigning for the use of renewable energy, alternative technologies, and love for the environment. All we do is for a better, greener, cooler and more comfortable future for all living things on Earth, “said Sherly, a student at Marsudirini Middle School in Bekasi.

The announcement process was held on November 30, 2018. Winners of the “Planet Earth Grand Prix” and “Kao Prize” Categories from all over the world were invited to Tokyo, Japan, to participate in the prize and award presentation. Paintings that were the winners of all individual categories were exhibited at the Kao booth at the Eco-Pro exhibition held at Tokyo Big Sight, Japan on December 8, 2018.

Along with this painting competition, Kao Indonesia announced the renewal of a collaboration program with the Cinta Anak Bangsa Foundation (YCAB) called Teen KAO. This program is a development of the KAO Children program that has been running for a period of two years. The KAO Children’s Program, which targets children aged 9-12 years, is now being increased to the age of 13-15 years under the name KAO Youth program.

“Kao Indonesia and the YCAB Foundation agreed to target adolescents with an age range of 13-15 years mainly to deal with issues such as bullying, cyber bullying, body shaming, and others that negatively affect school performance and the views of young people about their future. The existence of the KAO education program that targets adolescents is expected to be a guide for teenagers to focus on positive things and be able to be more creative, active and optimistic. The hope is that they will grow to be an independent and accomplished generation, “explained Ms. Veronica Colondam, Founder and CEO of YCAB Foundation.

Through the KAO Youth Program, junior high school students get more comprehensive knowledge about how to improve self-esteem or self-esteem. It can be started by maintaining personal hygiene and the surrounding environment. The students also participated in an experience sharing session with Kao Indonesia members.

In this program, KAO Adolescents are also taught to be more creative in finding ways to maintain environmental hygiene, Actively play a role in daily behavior that is friendly to environmental cleanliness, so Optimists look at the future with a much better environment. This program successfully reached more than 2,500 junior high school students in 25 schools spread in Cikarang, Karawang, and Jakarta.

“This program is designed to encourage young people to focus on the positive things they have rather than negative ones. In the end, we hope they are proud of themselves and have the confidence to give the best in their lives, “concluded Johny Lay.