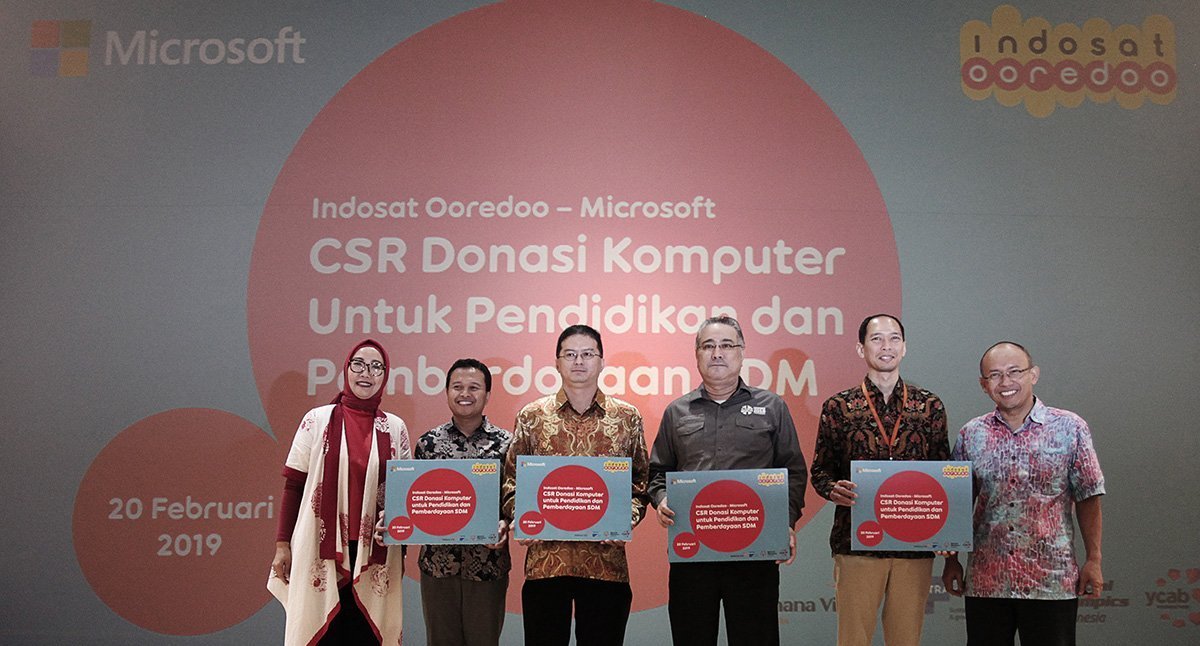 Jakarta, 20 February 2019 – Indosat Ooredoo, with its vision to become the leading digital telecommunications company, donates 1,400 computers to support education and empowerment of human resources in Indonesia. This is in line with the two pillars of Indosat Ooredoo’s Corporate Social Responsibility (CSR) program, namely the Education pillar and Community Development pillar.

Education is one of the important factors in the development of human and computer resources to become one of the technological tools that enable the learning process to be more creative and interactive. On the other hand, the average level of computer use by students in Indonesia in 2018 has only reached 32.04%.

Indosat Ooredoo’s Director & Chief Innovation and Regulatory Officer, Arief Musta’in, said “We are very pleased to be able to collaborate with Microsoft Indonesia to realize this computer donation program. This is in line with Indosat Ooredoo’s CSR focus on the Education and Innovation pillar, which until the end of 2018 has benefited 85,230 people through the Indonesia Learning initiative that has been implemented since 2006. We hope this program can help strengthen education and human resource development in Indonesia.”

This CSR Computer Donation Program for Human Resource Education and Empowerment will target school students and the general public as development participants, targeting beneficiaries of more than 7,000 people spread across 32 provinces throughout Indonesia.