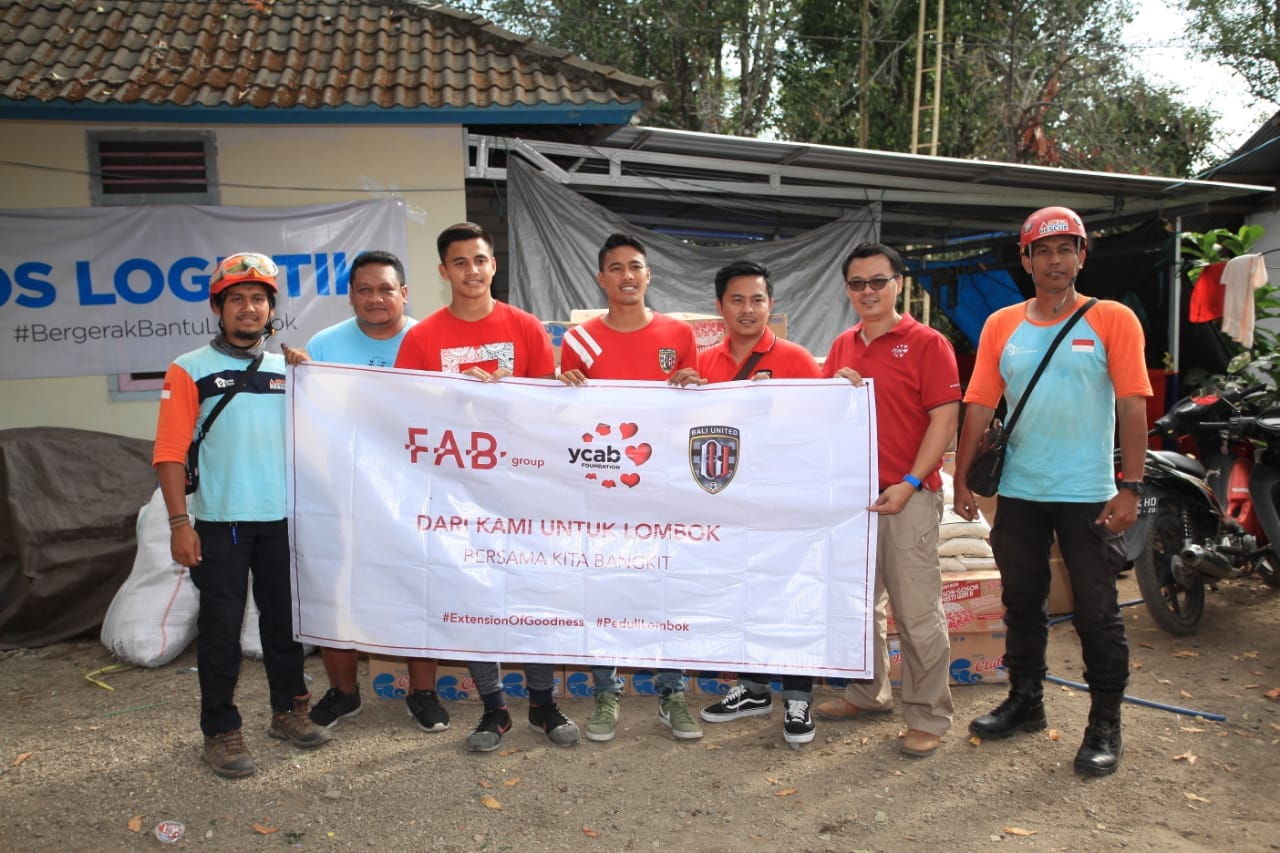 Lombok, 18th September 2018 – Yayasan Cinta Anak Bangsa (YCAB Foundation) together with FAB Group, Media Group, and Bali United Football Club, are distributing assistance to earthquake victims in West Nusa Tenggara province. This is being done out of concern for the wellbeing of the victims of the recent Lombok quake.

A total of 500 Million Rupiah in aid is being distributed in two stages. During the first stage, from 14 to 16 August 2018,  YCAB provided basic necessities including: plastic sheeting, blankets, mats, biscuits, baby food, and medicines. In addition, psychosocial assistance was delivered by Bali United Football Club, which sent two of its players to play with displaced children at the Malomba Mataram Stadium. Assistance was also given to YCAB’s Education Centre for Indonesian migrant workers’ children, located in Jenggik Village, East Lombok Regency.

The Education Centre is an initiative begun by YCAB Foundation in 2017. It provides training in computer skills and English for children in the village, which has become synonymous with Indonesia’s overseas migrant workforce. Assistance was also given to Dangiang Village in North Lombok Regency.

“As Indonesians, we are called to help our brothers and sisters who have been affected by the quake in Lombok. We hope that this donation will alleviate their burden and give them hope and strength to carry on with their lives.”- said Veronica Colondam, Founder YCAB 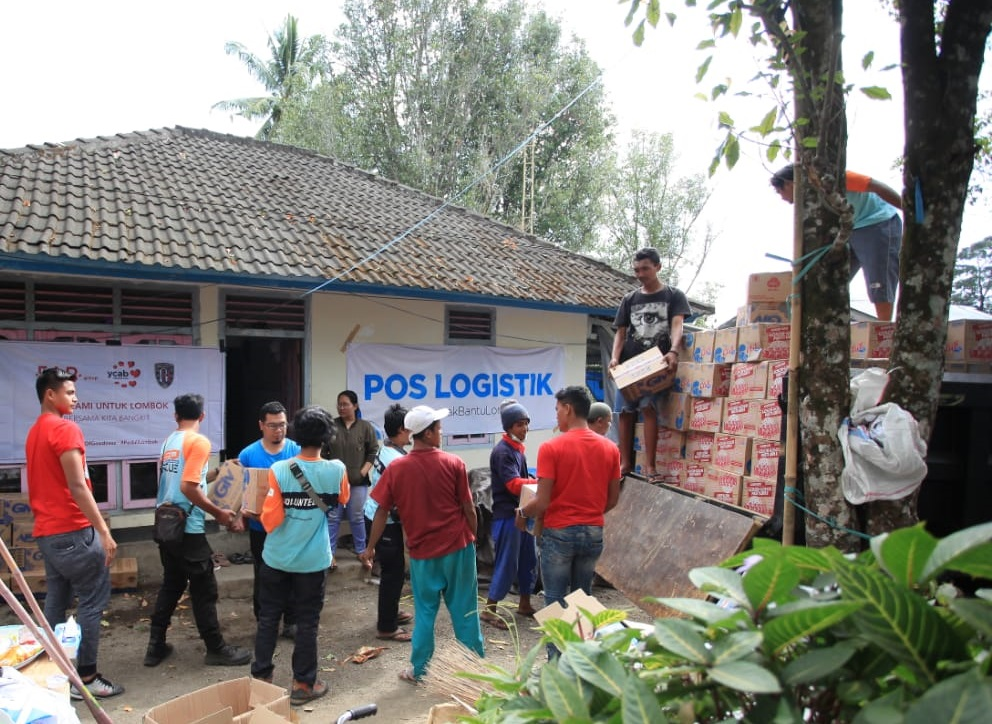 ”FAB Group, as a creative enterprise, is taking part in the donations to support the quake victims in Lombok. Together with YCAB Foundation and Bali United we wish to be active in giving assistance. We believe that working together we can quickly return Lombok to a state of normalcy.”- Fritz Bonny Tobing, CEO FAB Group

Founded in 2011, FAB Group is one of the largest creative enterprise networks in Indonesia. Currently, FAB Group has 16 agencies including more than 300 of the most talented communication and marketing specialists in the country. Since its inception, it has covered PR, Advertising, Digital Work, Event Organising, Sampling, Customer Relationship Management, and Brand Design. FAB Group’s vision is to become an Asia-based worldwide agency with the mission of harnessing the creativity of Indonesian children for excellence in the global era.

YCAB Foundation is the founding and flagship organisation in YCAB Social Enterprise Group, which includes several for-profit entities that offer products and services to emerging consumers – including mission-driven microfinance for low-income women entrepreneurs, conditional upon their children’s enrollment in school.